Life + BAO Item of the Week

All my plans for beading vanished when my poor little baby broke his arm on Saturday… I had no idea it was broken, he was such a brave little boy… after the initial cries when he fell, he calmed down, slept through the night and only in the morning when he told me that his arm was still hurting, did I take him to the doctor… bad mummy!!!! well the doctor also didn’t think it was broken, judging by his happy and smiley demeanour… but to be safe she sent me to the emergency room to see an orthopaedic doctor and get some x-rays done… and yup, not one, but two breaks were found…. what a brave little man I’ve got!!!! We spent hours at the emergency room and he didn’t complain once…. but as soon as the doctor started plastering his arms, that is when he freaked out and the water works started… apparently he was worried that all his friends would laugh at him and his cast… it cost me 12 Bakugans to calm him down :-)

So I spent most of the week entertaining him and spoiling him rotten!!! and on Thursday, Grandpa and I took him to the safari park . 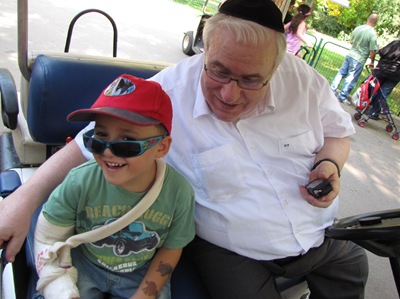 So, needless to say… another week with no beading to show!!! :-) I did start on a variation of the Black Chic Flowers, commissioned by an old friend, hopefully that will be finished by tomorrow… and if no more dramas happen between now and next week, I should be buckling down to some serious (much needed) beading sessions!!! :-)

In the meantime, here are this week’s fabulous BAO items of the week: 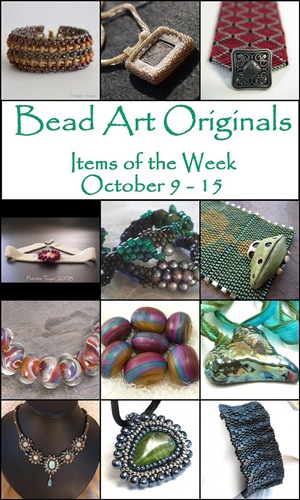 This week I’m offering 20% off the Wall Flower Choker, if you purchase and pay for it between now and the 15th October:

Visit the BAO blog and check out what fabulous deals are offered on this week’s items! http://beadartoriginals.blogspot.com/

Now, I’m going back to a bit of beading, then some games of Snakes and Ladders (my son’s favourite) and dominos… and hoping for a quiet uneventful weekend!!!

Wishing all of you a wonderful one!!!!